on August 16, 2014
In my last post I wrote about a Probability Activity created by Stone Librande.  In this post I will adapt what he has created, but the credit goes to him.


Give each student a blank die (or stickers on a regular die that they could write on).  Each student can write any number they want on each of the sides, but they still need to have a sum of 21.  Also, the students cannot use the number combination 1, 2, 3, 4, 5, 6.    Game play is that two students each roll their die, the player with the bigger number gets a point.  This is repeated until one of the students has 10 points.  The students keep switching partners to see how many times they can win.

At this point you could challenge the students to create a die that would always win.  I'm not sure that this is possible, but see where the students take you.

You can find some information for this on Stone Librande's website.  Use this link, scroll down to 7) and click on Squoddron Odds Chart (Excel file).  This will lead you to all the possible outcomes but there are no directions.  That's where I will try to fill in.

I decided to play against my son to make sure everything made sense.  So here goes nothing... 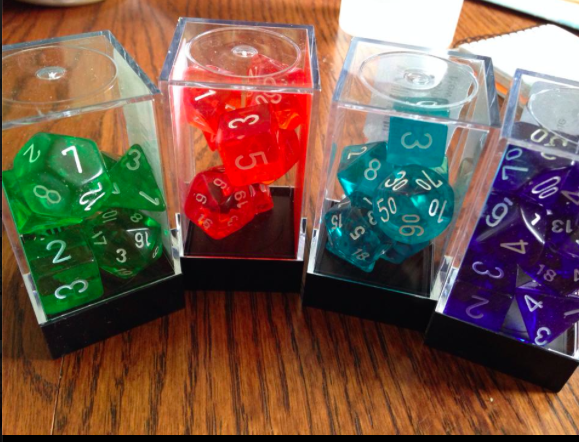 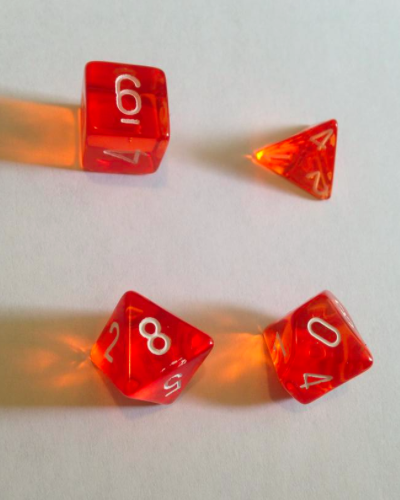 Each student should draw a spaceship that has one engine, two weapons, and one shield.  Here is my spaceship: 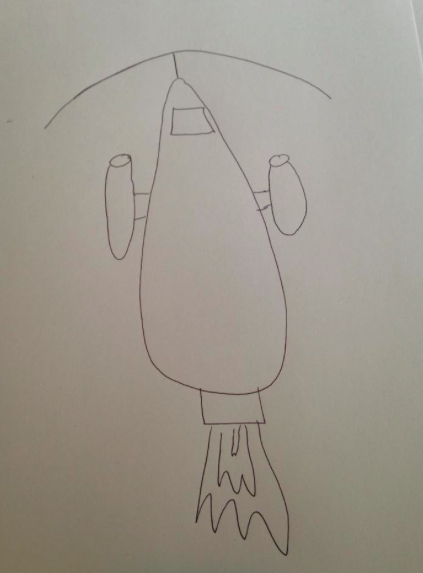 And here is my son's spaceship: 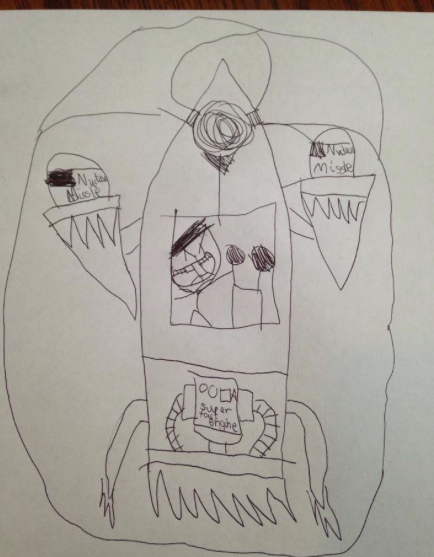 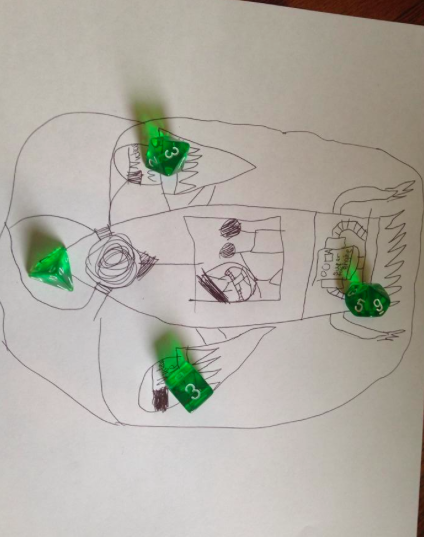 Now you are ready to play.  You start this by decided who is going to attack first (you will take turns attacking each other).  Then both players roll their engine die at the same time. 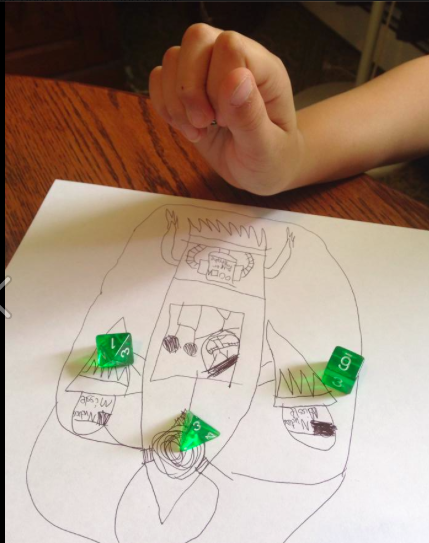 We started with my son attacking me.  He used his 10-sided die for his engine and I used my 4-sided die for my engine.  He rolled a 7 and I rolled a 2.  Since he rolled a higher number than I did, his engine is faster than mine and he was able to attack me.
Next he rolled both of his weapon dice (6-sides and 8-sided) while I rolled my shield die (10-sided).  He rolled a 4 and a 3; I rolled a 6.   Since my shield was a greater number than both of weapon numbers, I deflected both of his shots and he did not win the battle.

Next we switched rolls.  We continued this back and forth until one of us won 5 battles.  At this point, the students would find another person to battle with, preferably winners vs. winners to have a class winner.

If the person attacking rolls a number lower than the defender, there is no battle because the attacker wasn't able to go fast enough to get to the other spaceship.

If the engines roll the same number an attack will take place.

If a weapon and a shield roll the same number, the shot is deflected.

After playing a few rounds, I wanted to switch the position of my dice as I imagine my students might want to do.  This would be a good time to have discussions with them as to why they would want to change things around.