on November 12, 2012
Imagine being able to send your students away to a remote island and be the stars of a new reality show called Survival of the Fittest.  That's exactly what I did and the students LOVED it.

Once all the groups were satisfied that each member knew the lesson, I gave an exit ticket that the students had to complete individually.  Each exit ticket had three questions of different difficulty level.  The problems that the students got correct dictated what supplies they received in order to survive on the island.

Once the teams started collecting supplies, the fun began.  I would randomly pick one of the "Survival Scenario" cards and read it to the students.  A card might read that the game-creators are playing with the temperatures at night and a team would need a sleeping bag in order to stay healthy.  Each team needed to hand in a sleeping bag or lose a health level. 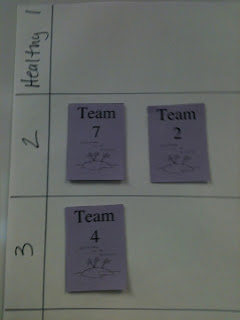 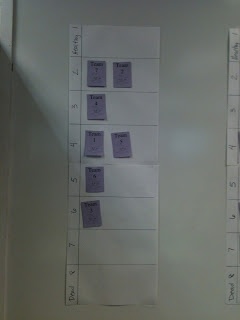 Alliances and rivalries started to form and an atmosphere of 'survival' was in the air.  The entire unit took 7 days to complete start to test.  In those seven days, I heard students talking at their lockers about their health levels and making deals for trading supplies that were needed.  My other classes noticed the posting of the teams' health levels and want to know when I'll be sending them to a remote island.  Oh if only!!  But more importantly than students talking about the game, was the conversations that happened during the practice problems.  Students didn't want to let their teammates down.  They asked each other questions, offered advice, and I noticed a sense of urgency in learning the material.

This is the most fun I've had teaching in a long time and I cannot wait to send my students to the island again!